Two years since it was signed, a revitalised CBD, healthier waterways, planning for the new University of Tasmania campus and scores of new jobs, show the Launceston City Deal is delivering for northern Tasmania.

The second annual progress report, released during August, outlines the significant steps forward across all City Deal projects. Key outcomes during the year include:

The revitalised city heart now hosts a full calendar of community activities, drawing people into the city to enjoy great events and a dynamic atmosphere.

The first projects under the Greater Launceston Transformation project are putting in place the latest technologies to attract new innovative businesses and industries; and our 3D city modelling is at the forefront of urban planning and development.

In a major step forward for the University of Tasmania’s Inveresk campus, a new precinct plan was released during the year and the Development Application for stage one of the new campus has been lodged with City of Launceston.

All of these achievements are contributing to a better Launceston and successes over the past two years have prompted all three levels of government to extend the City Deal from five to 10 years.

During the year the City Deal also received a $55 million boost, with additional funding secured from the Australian Government to support projects that have been worked up over the past two years.

This includes establishing the Defence Innovation and Design Precinct at the Australian Maritime College and providing a new community hub in the northern suburbs. 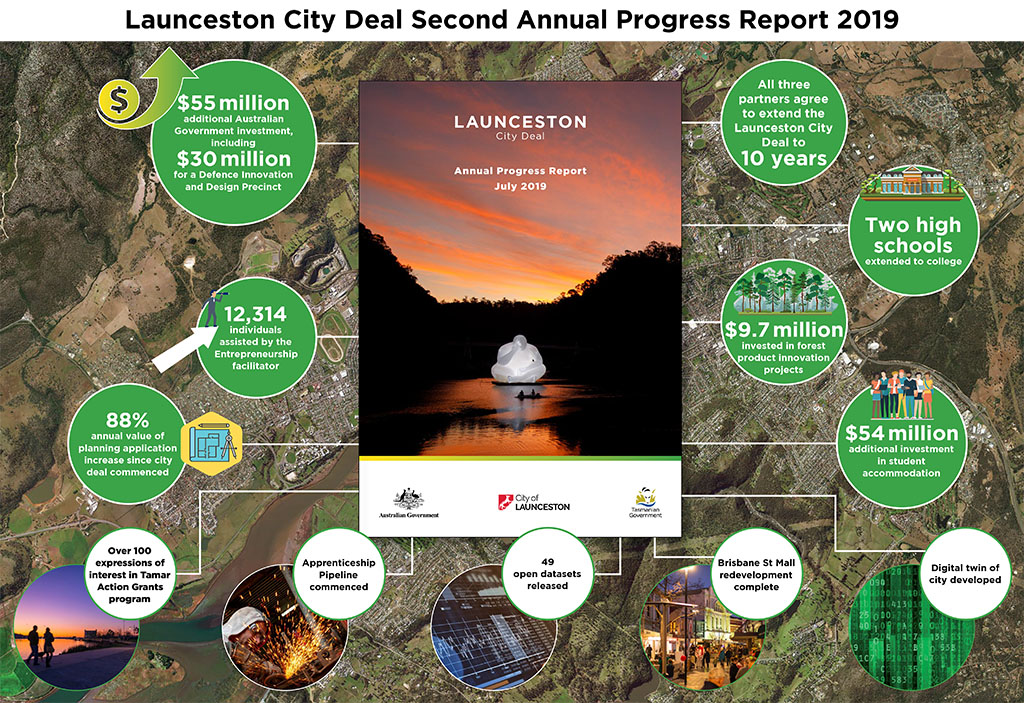